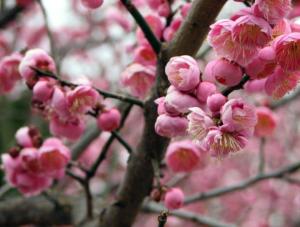 This wasn’t good. I had to warn Maggie that both her son and her husband were here.
Why, oh why, had Grandmother made me go on this trip? I’d wanted to stay home, but she’d been adamant about sending me away, and for some reason, she seemed a little uneasy. She’d even handed me a small GPS tracking device, telling me to keep it on hand at all times just in case.
If she really had wanted to keep an eye on me, she would have let me stay home.
But now I was stuck keeping Maggie away from her family. I already felt guilty about it. Early this morning, Captain Lew had asked me if I’d made progress with finding his wife, and I’d lied to his face, telling him I hadn’t had time to investigate much yet.
But the truth was I’d been in touch with Maggie ever since I’d run into her at Ms. Daphne’s nursery over Thanksgiving weekend. She still didn’t have the courage to face her family in person. In fact, she’d just begun to try getting in touch with Marcus in a subtler way. She’d been giving me flowers to place in his locker, every time I told her Marcus had some big test.
It was definitely progress. But I was afraid that if she accidently ran into her family, she might get skittish and bolt again. Then nobody would know where to find her. The woman was highly unstable. She still needed time.
I located Maggie in the crowd. A bandana pulled back the hair from her face, and although she listened attentively to Ms. Daphne’s speech, she was tapping her feet, as though itching to get to the planting already. There was an open space right next to her, so I slipped in and sat.
Her head turned almost absent-mindedly towards me, and then she did a double-take when she recognized it was me. Then a smile broke out on her face in greeting. It felt terrible that I’d soon be removing that smile with my news.
“I didn’t know you were coming to join us,” she whispered.
“Maggie, I came here to warn you,” I murmured back. “Marcus and Captain Lew are on the other side of those trees. We’re camping here this weekend.”
“What?” Maggie actually stood up from her seat, causing all eyes to dart towards us. Angry shushes resounded all around. Even Ms. Daphne had stopped talking to look at us in surprise.
“Sorry, Ms. Daphne,” I said, starting to drag Maggie away to a more private place. “Please continue.”
When we were safely distanced from the group, Maggie’s eyes darted nervously to the bushes, as though making sure no one was eavesdropping.
“What am I supposed to do Emma?”
“Can you go home?”
Maggie shook her head. “I’m one of the main organizers of this event.”
“Then there’s nothing to do but be careful,” I said. “We have to keep from bumping into each other. That is, unless you’re ready to face them.”
Her bottom lip trembled at the thought. “No, I can’t.” She grasped my shoulder. “Emma, please help me.”
And so it seemed I would spend another weekend helping someone guard their secret.