The inevitable happened. I said my adieus to my turbulent twenties this past weekend. Rather than be sad about it, I decided to throw myself a birthday party to start off a new chapter of my life. And I called it:

Since I love reading and writing, I made my party book-themed.

To start with, I told my guests to come dressed as a fictional character from a book, movie, TV show, or comic book. I also asked them to bring a potluck dish that was book-themed. Finally, I requested that they each bring two books—one children’s book and one of their favorite novels—for a book swap, similar to a white elephant exchange.

The first activity of the party was a scavenger hunt. I had quotes hidden around my backyard—some written out, some symbolic. Guests had to find these quotes and perform a task that reflected the quote, then take a picture of themselves doing this task.

Here are some of the tasks. There were 30 of them.

1. Find a symbol of Emily Dickinson’s quote, “Hope is a thing with feathers…” and act like a bird pretending to sing. (bird cage tier)

2. Find a symbol of “I am not afraid of storms, for I am learning to sail my ship.” Take a picture of it and your reflection. (floating lantern in pool)

3. “Sometimes the smallest things take up the most room in your heart.” Give the smallest person in your group a piggy-back ride.

5. “Being fearless isn’t being 100% unafraid. It’s being terrified but jumping anyway.” T. Swift. Take a picture of yourself jumping mid-air.

6. Act Mad, Bonkers! And find the quote from Alice in Wonderland.

7. Pretend to fly to Neverland. 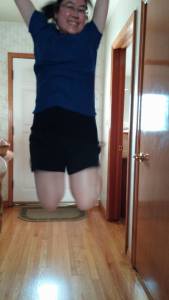 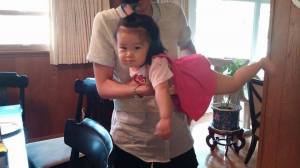 I also had two photo booths set up. For one of them, I made a garland of old book pages and some leaf garlands. I hung them from a tree to give the backdrop a whimsical feel, and I dangled books from the trees as well. I set up a tripod with my tablet that had a photo booth app on it, so guests could take their own pictures. Flying Photobooth is a free app, and I highly recommend it!

On left: That’s me! Setting up the tripod. On right: Book page garland and hanging books from trees.

For the other booth, I made a garden sign leading to fictional realms. I had a Polaroid camera as well. And tulips! Love tulips!

I also hung cute cat stationery in the shape of a 30 and told guests to write me a letter about a memory we’ve shared and treasured together.

This was supposed to form a 3-0, but the wind was blowing something fierce and wrecked it numerous times.

And then I let the photo booth fun commence! We had lots of fun showing off our costumes. I was a mermaid. Can you tell? Other guests who showed up to the party: Batman, Daisy Buchanan, Iron Man, baby Hermione Granger and her dentist parents, Harry Potter, an elf from Lord of the Rings, Supergirl, and the goddess, Athena. There were also some TV show and cartoon guests.

Left: Me, my mom, my friend/mentor. Right: Me, my best friend, who is getting married soon! I’m so excited to be MOH!

Left: Me, my godparents, my parents. Right: My friends and their baby girl, AKA my future flower girl.

Also on the menu: Butterbeer, Earl Grey Shortbread, and Meat Pies from Harry Potter, Potato Balls from Lord of the Rings, McD’s from Fast Food Nation, Fried Chicken from To Kill A Mockingbird, Mermaid Hair with Ariel’s Dinglehopper in it (noodles with a fork), Yorkshire Pudding from Jane Eyre, and tea sandwiches. 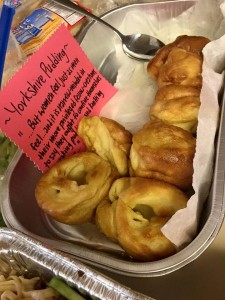 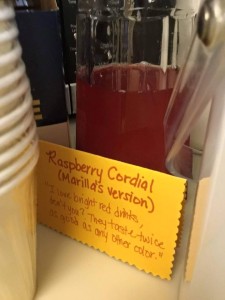 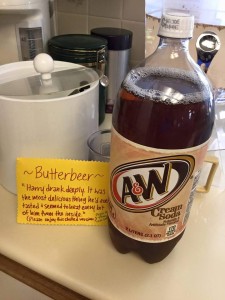 I also made three types of cupcakes. Anne’s Vanity and Vexation was a Matcha Green Tea cupcake with Strawberry Frosting, themed around when Gilbert calls her Carrots, and she accidently dyes her red hair green.  The Winnie-Peter Duet was a chamomile tea cupcake with honey infused frosting, based on Winnie the Pooh’s favorite food, honey, and Peter Rabbit’s least favorite tea, as his mother gives him chamomile tea before bedtime. The Earl Grey Unbirthday Cupcake was based on the Mad Hatter’s Unbirthday Tea Party—an earl grey cupcake with yuzu buttercream frosting. 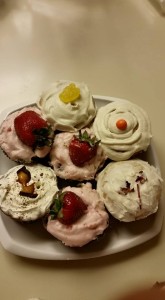 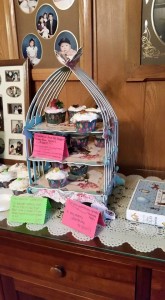 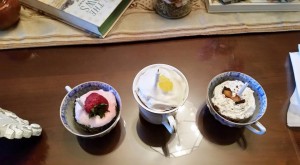 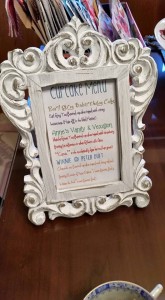 I made cat bookmarks that doubled as place holders and party favors. I also made party favor bags out of book pages and filled them with DIY bookmarks, magnetic cat bookmarks, and bags of tea. Other decorations included a quote banner and books stacked on the table as a centerpiece. 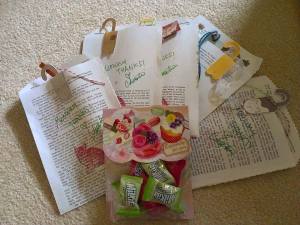 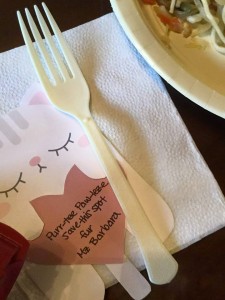 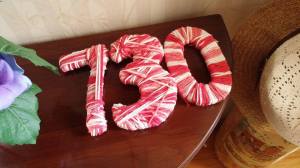 And here are pictures of the book exchange. 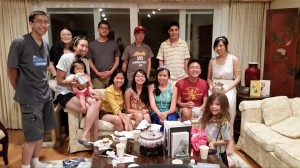 Thanks to all my family and friends for celebrating with me!